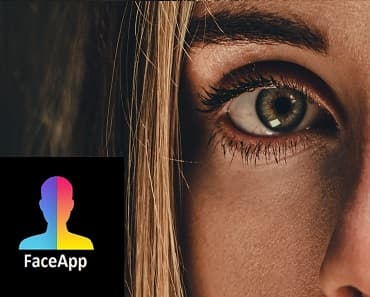 How does FaceApp work? – Unexpectedly social networks have been invaded by a huge wave of images of elderly people’s faces; which have been grabbing the attention of millions of users around the world.

However, this is not due to an increase in the use of social networks by this demographic population; but due to the boom of an application known as FaceApp. Which, thanks to its aging function, is capable of converting the image of a young face into that of an old man, obtaining an incredibly realistic result.

Along with this, FaceApp also allows you to apply other effects, including turning a person’s face into the opposite sex. How is it possible for an application to achieve these results with such a level of realism? Find out below.

Neural Networks: The technology behind FaceApp

Currently there are numerous applications for photo editing, within which it is possible to find countless options and filters to apply on the picture in order to change its appearance.

However, despite its short trajectory, FaceApp has managed to stand out above all others, with its aging; rejuvenation and some other functions that have allowed highly realistic results in the changes applied to the original photo.

What is the difference between them and FaceApp?

In the case of FaceApp, Yaroslav Goncharov, creator of the application in 2016, stated that it uses deep generative convolutional neural networks; which allows the application to record the features of the human face associated with age in the same way a human being would.

This means that, after analyzing hundreds of face photos, FaceApp’s algorithm has been able to recognize with great precision age-related elements such as wrinkles, flaccid skin, as well as sex, in relation to the size of the nose, jaw, as well as the shape of the face, eyebrows, amount of facial hair, among others.

All of this has allowed FaceApp to obtain results with a high level of realism when it comes to aging or changing a person’s sex through an image of their face.

In relation to this innovation, Goncharov said that FaceApp’s functions go beyond the rest of facial recognition technologies based on artificial intelligence in which, he also emphasize, thanks to this have made great strides in creating photorealistic effects on images, something that would be difficult to replicate with conventional facial recognition algorithms unable to acquire deep learning.

Something as simple as adding a smile could be considered a simple effect of applying to a face, but the truth is that doing this depends on the image presenting certain conditions that bring naturalness to the result such as posture, skin color, lighting of the environment, the shape of the eyes and lips, as well as the quality of the photo.

For this reason, the level of realism obtained will depend on the image used, which will influence so that some filters are more effective than others.

How to use FaceApp?

Having learned how FaceApp works, you may be curious to test its features in your photos. If so, follow the next steps:

The first thing you’ll need to do is go to the App Store, search for FaceApp and install it on your iOS device.